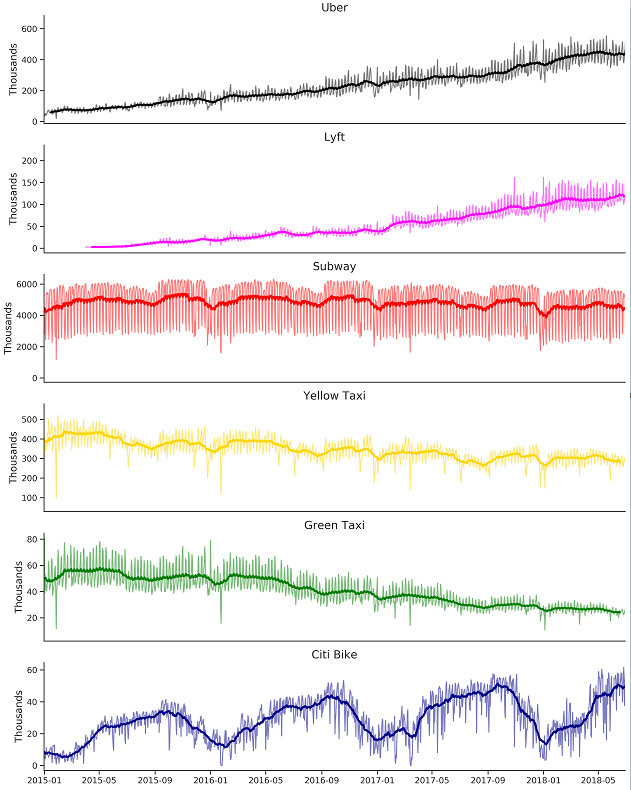 We investigate the relationship between on-demand ridesharing via platforms like Uber and Lyft and the use of public transit systems. Our study uses trip count data on ridesharing, taxi, shared bike, and subway usage in New York City. Exploiting a series of exogenous shocks to the system — the closing of subway stations — to isolate substitution effects, we find that the average shock is associated with a 2.8 - 3.3% increase in the use of ridesharing. This suggests that on-demand ridesharing acts as infrastructure that helps smooth unexpected transportation supply and demand surges. We hope to lay a data-driven foundation to better understand how the sharing economy substitutes and complements existing and future capital-intensive transit systems. 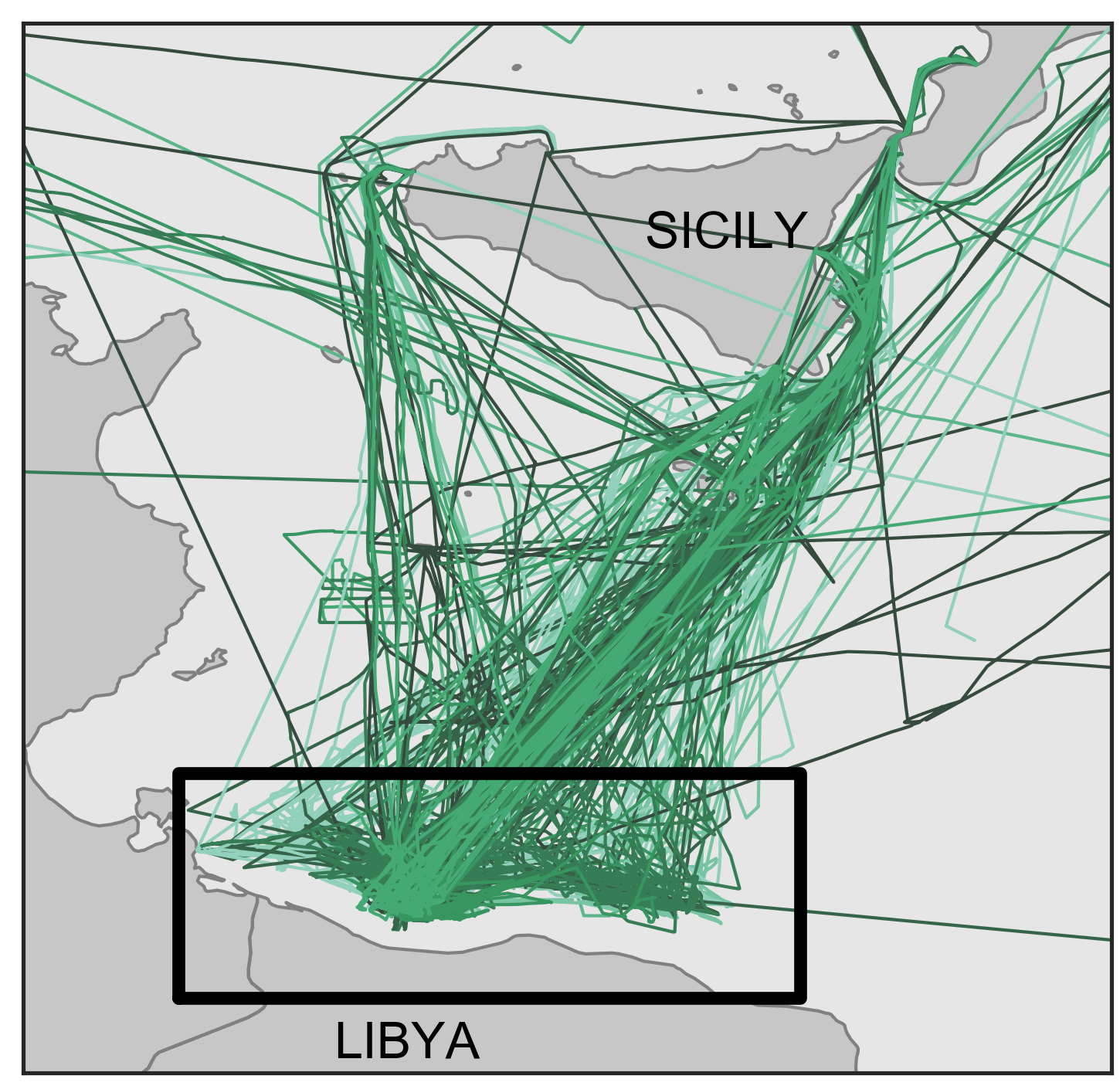 The Mediterranean Sea is the stage of one of the biggest humanitarian crises to affect Europe. Since 2014, thousands of migrants and refugees have died or gone missing in dangerous attempts to cross into the continent. However, there is relatively little structured information available on how they attempt the crossing. Such information could be used to better target maritime rescue efforts or to anticipate smuggling patterns, which could potentially save lives. We define a quantified rescue framework for fusing different data sources around individual rescue operations, and we explore the potential of machine learning to perform automated rescue detection based on vessel trajectory information. 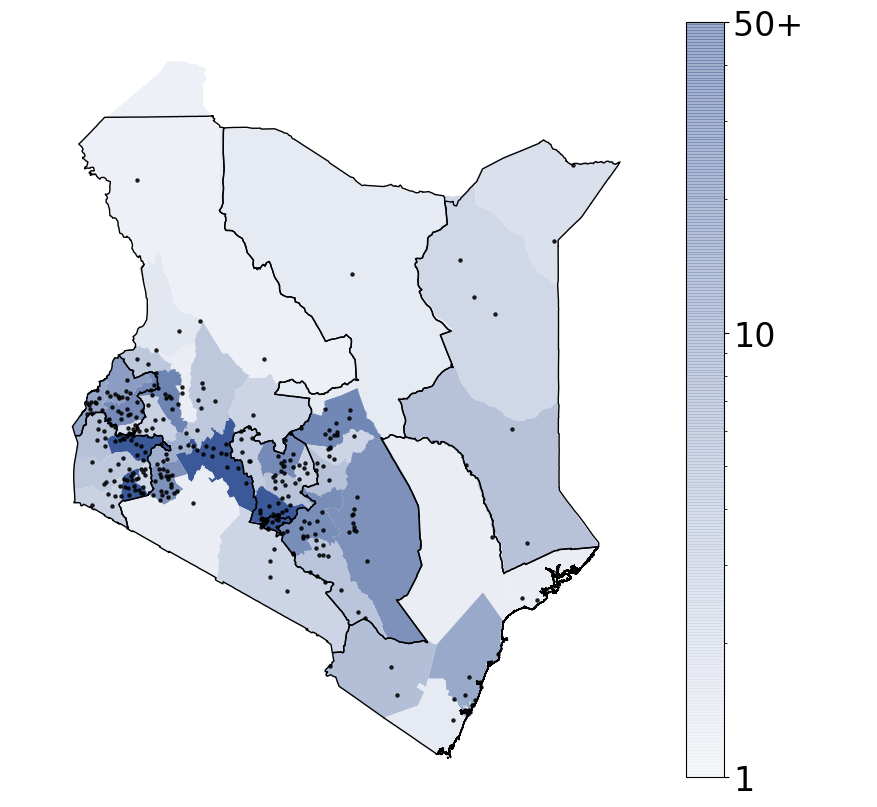 
As internet and cell phone use spread, a growing number of citizens in developing countries are getting online and using social media. Can social media platforms provide a cheaper, faster, and reliable mechanism to reach populations that are currently expensive to survey in comparative contexts? How representative of the national population are social media users? We examine these questions in the case of Facebook users in Kenya. Emulating the sampling strategy used by a well-known nationally representative survey (AfroBarometer), we examine how closely the social and political attitudes, beliefs, and behaviors of Kenyans recruited on Facebook match those of the general population.